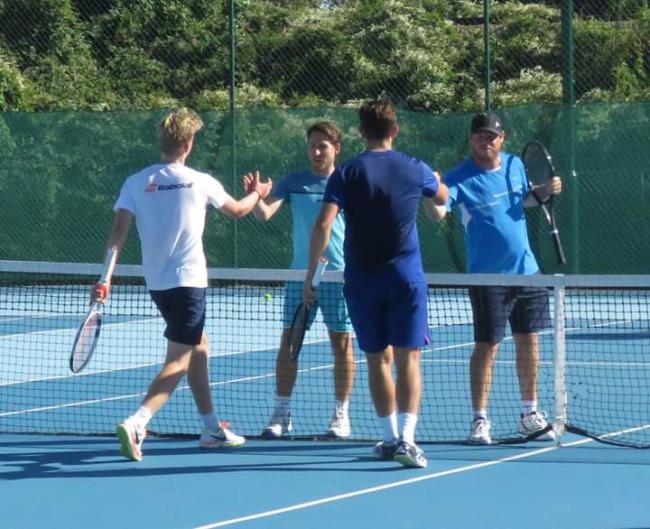 Congratulations to our Mens team who won the L&W Summer Jubilee Cup beating Rayleigh in the final by a set! Well played to both our pairs, Anthony Weingarten & Nick Spillet and Alex Goldhawk & Angus Hanney.

Well done to club members who reached the finals of the L&W Summer Tournaments. Congratulations to Nick Spillett & Graham Boosey who won the Mens Open Doubles, playing against fellow club members Lucas Hilsum & Lloyd Burton in the final. There were also wins for Paul Moffat & Rowland Swain in the Mens Vets Plate and Lloyd Burton in the Mens Singles Plate.  Commiserations to runners up Gill Sanderson & Nick Spillett in the Mixed Open Doubles.

Please check the rota to see when you are on tea or organising duty and swap if the date is not convenient.

Numbers are available for the 100 club . Please download a membership form by clicking the link above. The annual fee of £24 is due on 1st March each year.  The fee will be charged pro-rata for any mid-year applications.  Membership forms/enquiries to Tasha Hilsum please.