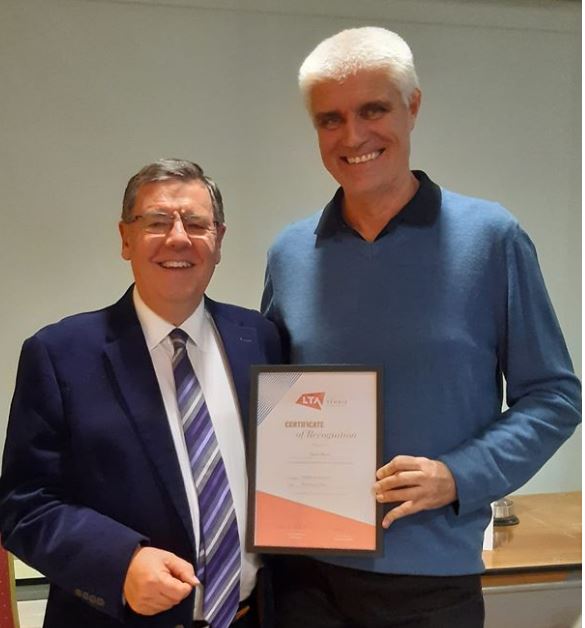 Congratulations to our club captain Steve Wynn who has received a Lifetime Achievement award from Essex Tennis. The award was presented by Essex President Richard Lehman at the Essex AGM. We nominated Steve in the Lifetime Achievement category of the LTA Awards scheme to mark thirty years as Westcliff Lawn’s Club Captain. In addition to this, Steve has been involved in various roles for Essex Tennis for almost twenty years, currently serving as Chairman of the Essex Competitions Committee. He has also run Southend & District tournaments for many years and this year will referee the Penzance Open Tournament for the 25th consecutive year. And of course Steve plays regularly for both club and county teams. Having been selected as county winner of the award, Steve’s nomination now goes forward to a regional shortlist, where a judging panel will choose regional winners who then go on to be considered for a national award. So very well done Steve, and good luck at the next stage!