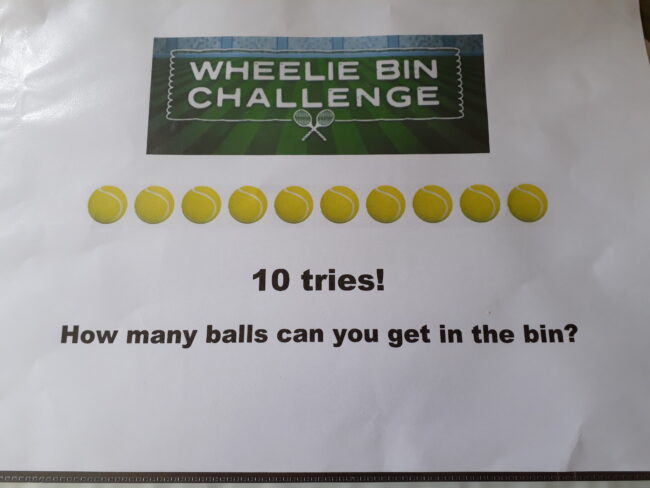 A lovely evening at the club with five courts in use for Tuesday social tennis and a “bring your own picnic” in place of the planned barbecue proving popular with both old and new members. Thanks to Steve and Andy for looking after the bar. Postponed 100 club draws resulted in twelve March to August winners, with number 13 proving lucky for John Colman! The wheelie bin challenge was harder than it looked and the eventual winner was Alex Simpson, who is new to tennis and has been a member for just three weeks but had a great technique getting 5 out of 10 balls in the bin and taking the prize of a bottle of wine. Good to have a social event at the club again.