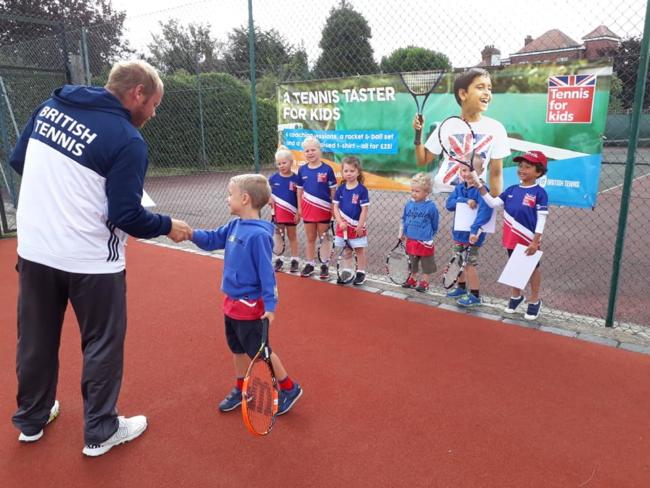 Another two Tennis for Kids courses come to an end and Graham presents all participants with certificates. This is an LTA backed initiative with a course of 6 one hour lessons costing £25 and anyone signing up receives a racket, balls and a personalised t-shirt. Groups are for 4-7 year olds and 8-11 year olds. More courses start in September details online

Or for those who have already attended a Tennis for Kids course, Graham is running Mini Red sessions after school on Mondays/Tuesdays or our club coaching morning is available for all age groups on Saturdays.
Ask Graham for details Mobile: 07745 943403 or email: [email protected]
Open post 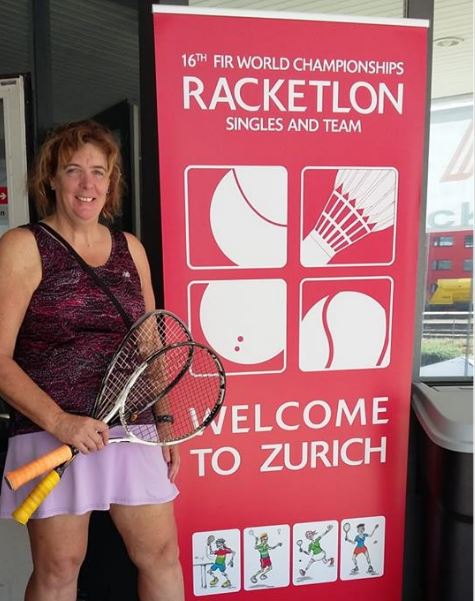 Club member Sarah Ball took part in the Racketlon World Championships in Zurich this week playing squash, table tennis, badminton and tennis against each of her opponents in the Womens +50 competition. Sarah won one of her three matches and in each of her other two matches, she won two of the four sports played and finished in 3rd place overall. Against the eventual winner, Sarah lost by just a single point across the four sports.  A great achievement for Sarah – third in the world and unbeaten at tennis – very well done! 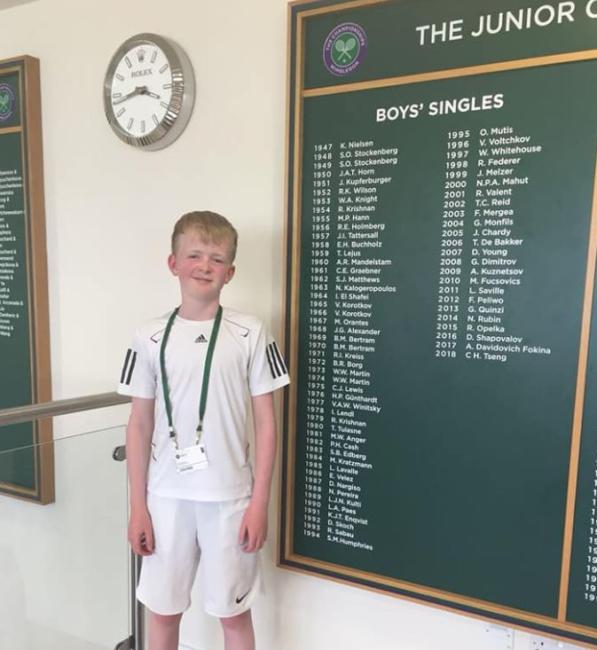 A great week for Aaron Hilsum in the Road to Wimbledon Finals 2018. Aaron played in the County Under 14 Boys Singles which started as a round robin event from which he progressed to the knockout stage of the competition.  After winning his first match in the knockout draw, Aaron then unfortunately lost in a very hard fought match 6-3, 7-6. However, this was in the last 16 which was a fantastic achievement for Aaron who represented both Westcliff Lawn and Essex admirably. Congratulations! 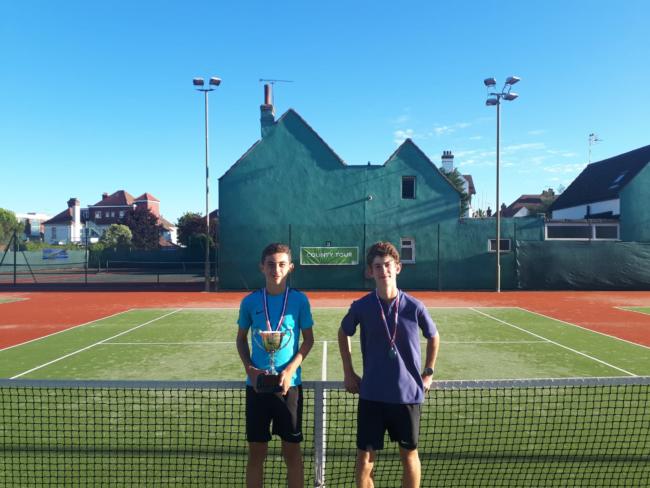 The Westcliff Lawn Tennis Club Summer Open Tournament saw three titles for club member Anthony Weingarten and also the Player of the Tournament Award.  Anthony won the Mens Singles on the opening Sunday, followed by the 18 & Under Boys Singles and finally the Mens Doubles with partner Ben Rowe. Very well done Anthony!  The tournament attracted both local players and some from further afield and included various age groups playing both singles and doubles.  Many thanks to the trio of tournament organisers/referees for all their hard work – Lesley & Ian Pitt and Graham Boosey. Thanks also to members who helped look after the courts, provide refreshments, man the bar and umpire younger age groups – Marion & Bill Dixon, Sandra & Mark Taylor, Wendy Thrale, Andy Barker, Will Bailes and Heather Garland. Their contributions made the return of our Open Tournament a great success for the club and an event that hopefully can be repeated next year. 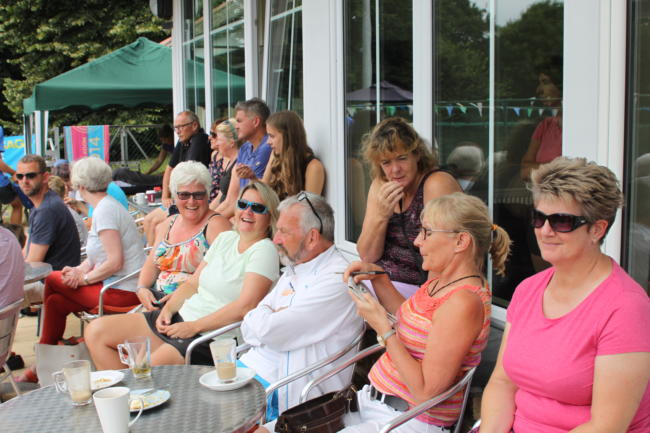