Another successful Friday night social at the club.  Not much tennis was played as everyone wanted to watch the Federer v Nadal semi-final but this was followed by a delicious supper thanks to Sheila who cooked sausages with double onion marmalade and jacket potatoes, followed by apple tart, for 27 people! All washed down by Polgoon cider from Penzance! Thanks to Mark who manned the bar and all those who supported the event which raised a good sum for club funds.  Another fundraising effort during Wimbledon fortnight was our sweepstake.  Thanks to everyone who “bought” players and after two weeks of exciting tennis, the winners’ prizes went to Glynis (Simona Halep) and Tash (Novak Djokovic), and runners up Taifur (Serena Williams) and Sheenah (Roger Federer). 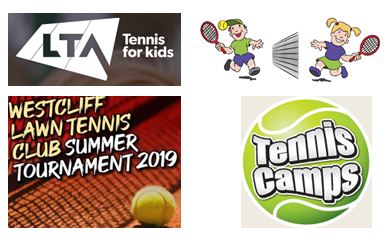 Something for everyone during the school summer holidays.  Our Open Tournament 4th to 10th August has events for all age groups – see our Open Tournaments page.  More Tennis for Kids courses available week commencing 12th August and Kids Tennis Camps week commencing 19th August – see our Coaching page.  Or arrange some individual coaching with our Head Coach Graham Boosey.  Please contact Graham directly on 07745 943403 or email: [email protected] for more information on any events or to discuss your coaching requirements. 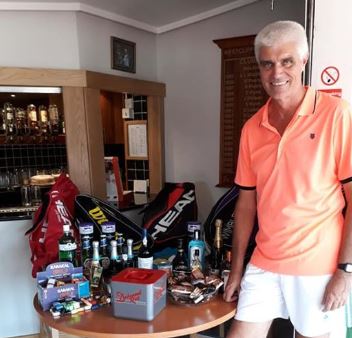 What amazing weather yesterday for this year’s Captain’s Day at the club hosted by Steve. A very large turnout for tennis in the afternoon when it was almost too hot to play! Steve generously supplied a fantastic array of prizes for everyone who won a set plus free tea and cakes. Martin and Glynis’s colourful outfits certainly met Steve’s criteria for tennis wear! The balmy evening was perfect for the barbecue enjoyed by about 30 people. Many thanks to Andy who was chef and the social committee ladies for their hard work.