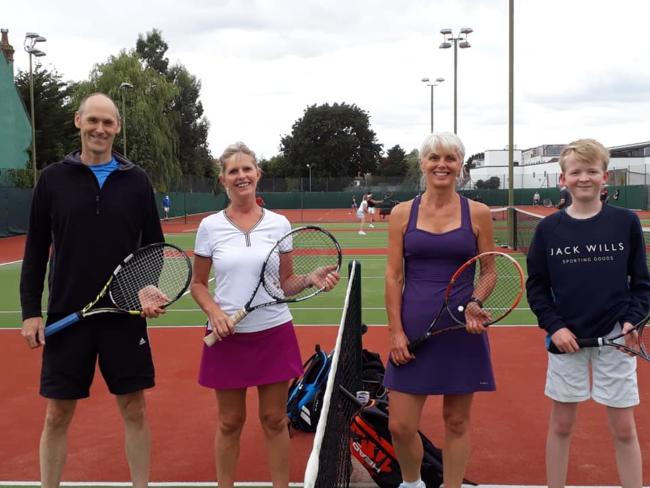 Another successful social event with 24 players in a “Tiebreak Tens” tournament followed by a BBQ. Everyone played 9 championship tiebreaks in all with different partners/opponents in mens, ladies and mixed doubles. Congratulations to ladies winner Claire Elliott and runner up Deb Saund, and mens winner Dave Lambe and runner up Aaron Hilsum. Thanks to all those who played, watched or came for the bbq afterwards.

Please check the rota to see when you are on tea or organising duty and swap if the date is not convenient.

Numbers are available for the 100 club . Please download a membership form by clicking the link above. The annual fee of £24 is due on 1st March each year.  The fee will be charged pro-rata for any mid-year applications.  Membership forms/enquiries to Tasha Hilsum please.